Our Most Booked Services

With our regular house cleaning service we provide you with an outstanding cleaning job at an affordable price. Our dedicated cleaners are true professionals and make sure your home is transformed into a spotless place.

Did you just have recent construction done in your home? Then our post construction service is the service for you! We come fully equipped with commercial grade HEPA Hoover vacuums to get out all the dust. Most post constructions require and initial cleaning then a secondary cleaning.

With our laundry service option, you can have Long Island Maids cleaners wash, dry, fold and put away your clothes while we do your home cleaning. No need to waste your time doing laundry yourself! Our cleaners are laundry experts. Every customer's laundry is looked after separately and diligently by our cleaners, who take great care to preserve the quality of your clothes and fabrics.

The deep clean service option is a comprehensive top-to-bottom clean. We recommend a deep cleaning if you have not had your house professionally cleaned within the past three (3) months or if you do not use a cleaning service on a regular basis.

As an Airbnb host you want your home looking spotless and always ready for guests, but this can be a time-consuming and particularly demanding job. Are you going on a long holiday and have four sets of guests booking in? Wondering how you’ll arrange to have your home cleaned and the linen changed after each guest?.

Our move in / move out cleanings are extremely thorough, designed to prepare a home for a new tenant. Houses and apartments can gather years of dust and grime left by previous tenants. From top to bottom, we’ll clean and sanitize everywhere, and give you a stress-free welcome to your new home.

Book online in 60 seconds - no hidden feeds, no surprises. We know you're a busy person, so no need to call us if you want to make it quick!

Easy To Get Help

Check out our 5-Step Screening Process to make sure you have the best domestic workers in the market. Less than 2% of applicants make it onto the Long Island Maids platform.

You'll get an automatic email after each cleaning to send your cleaner feedback! This way you can easily offer suggestions or critiques to your cleaner. If you're ever unhappy or just want a change, just email us and we can match you up with another highly qualified cleaner.

Easy online payment, only charged 2 days AFTER the cleaning. All payment info goes through multiple levels of encryption and safely stored via Stripe.com

Insured and bonded up to 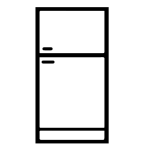 READY TO HAVE YOUR HOME SPARKLE?

Book Home Cleaning in Under 60 Seconds

Your happiness is our goal. If you’re not happy, we’ll work to make it right. Will send a team right back! Our friendly customer service are available by phone M-F, & by email 7 days a week. Please get in touch with us no later 24hours after your service has been rendered. The Long Island Maids Happiness Guarantee

Long Island Maids is a family of some of the best housekeepers in Syosset.

With over 22 years of experience, Long Island Maids has become one of Syosset favorite maid service, not only by word of mouth, but across social media as well.

Long Island Maids is a locally owned and operated business, unlike many others.

The founder himself? born in NYC, raised in the UES and Long Island and of course a combined 22+ years in the residential and office cleaning in Syosset.

With such a background, we knew exactly what had to be done. Our ultimate goal is to please every client of ours, and if that’s what you seek for in a Syosset maid service,

Imagine a world without Long Island Maids. You’ve put in a 8-12 hour day at the office in Syosset, the NYC subway is running behind due to “train traffic”, and by the time you finally walk into your apartment, there are dirty dishes stacked high in the sink, dirty clothes are strewn everywhere, your bed is unmade, the shower is starting to smell a bit like mildew, and the floors are covered with mud.

The last thing in the world you want to do is pull on your yellow rubber gloves and begin scrubbing the floors and vacuuming the carpets. With Long Island Maids as your Syosset maid service, you don’t have to.

“My husband and I moved into a new home and they did a top to bottom cleaning, from oven to windows, from floors to ceilings. Phenomenal service! “

“They helped make my move less stressful by making the place absolutely spotless!”

“Living such a busy work life, there’s nothing I look forward to more than coming back to my clean apartment.”

“After trying many cleaning services in Manhattan, I can finally stop my search.”

“Have been using them every season. Couldn’t live without them!”

“I hired Long Island Maids as a gift for my wife. The gift kept coming every month!

“My experience with Long Island Maids was fantastic. Couldn’t live with out them!”

“Great service. Extremely happy with the whole process and the end results were amazing.”

Use Promo code 30OFF for $30 off your first cleaning.

BOOK AS NEW CLIENT WITH PROMO

READY TO HAVE YOUR HOME SPARKLE?

Book Home Cleaning in Under 60 Seconds